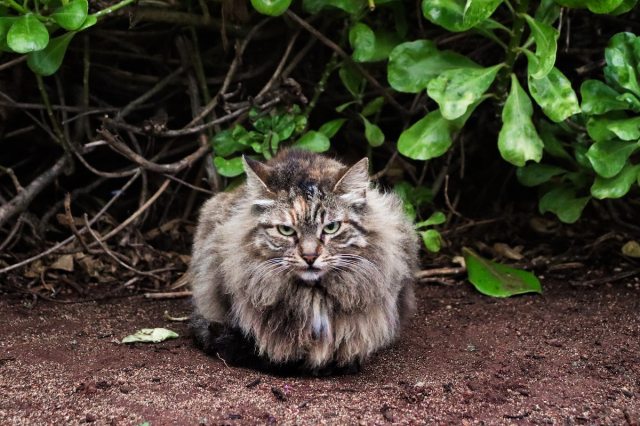 Lynn Winfield is a very sensitive student who has a history of reacting badly to criticism. The last time she was given a low mark there was a temper tantrum, tears and threats of filing a complaint. For the current project she has again given herself a high mark on the self-assessment. You’ve looked carefully at the work for submission and sought a second opinion. You both agree that like last time it should be awarded a low mark. What will you feed back to Lynn?

You have no choice but to follow the rules and assess to the marking criteria. You will certainly follow the Houghton Ten Top Tips (see below) and you may do something that counts as being kind to yourself immediately before you see Lynn. Certainly you need to pause. Perhaps some yoga breathing? Mindfulness? A cake? And, yes, Lynn may be hell to deal with again.

She’s in her own personal hell, so that won’t be surprising: she knows she’ll fork no lightning in the creative world, but she has to tell herself something very different because, if she can’t succeed here, she really is rubbish. From early on, she’s been told she’s talented – when her parents realised she was ‘slow’ (the dyslexia assessment didn’t come till much later), they did as many parents do: they encouraged her to see herself as good at art (a strategy that has brought rich rewards for many dyslexic art students). As a result, she spent a lot of her school life in the art room at the expense of cultivating other potential interests.

At university, this isn’t her only issue: she is exhausted much of the time because of her dyslexic difficulties, partly because she doesn’t have the automaticity that non-dyslexics have (Nicolson and Fawcett, 1990) – ‘It’s never comfortable; everything requires more concentration and alertness,’ says psychologist Rod Nicolson (2017). She also has two major dyslexic difficulties to deal with: her very poor (‘severely impaired’) processing speed and her restricted working memory, both of which impact on her understanding of feedback – and much else. (You have probably noticed that she often needs you to repeat things and her responses are not immediate. The word ‘stupid’ has crossed your mind but you have immediately quelled it.)

Lynn’s verbal comprehension and perceptual reasoning are average, according to her educational psychologist’s report, but her processing speed is at the 2nd centile, i.e. 88% of the population can process information faster than she can. David Grant (2017:23) describes the problem: ‘This is rather like a slow broadband speed taking more time than it should to download and upload information, and the connection sometimes failing because it is taking too long for different regions of the brain to talk to each other.’ Stress, such as the assessment situation (presentations also spring to mind), exacerbates this weakness.

Working memory tests examine skills in remembering verbal information for a short time. Lynn’s working memory speed is below average at the 15th centile. Allied to her slow processing skills, she may forget the first part of what you say to her before she has processed the second part, and she may be relying to some extent on what she thinks you are telling her – her tantrums may, in fact, come from her fears rather than anything you have said: in this stressful situation, her working memory and processing speed are further impaired.

Lynn’s dyslexia tutor has begged her to record her feedback sessions with you so that she (dyslexia tutor) can get a grip on what’s been said. This never happens. She knows Lynn is damaging herself – and damaging you too, she suspects – at these alarming feedback sessions. Her dyslexia tutor concentrates on clarifying your written feedback with Lynn, who arrives at her dyslexia sessions bearing this feedback and a hugely distorted view of what it says – you are not the only one here who is frightened for Lynn.

What Lynn really wants to do, she realises late in her second year, is to work with animals. She does get her degree first – a painful business for you both to the end – and the last you heard, she’s finished her City & Guilds diploma in animal welfare and is working in an animal sanctuary near home. There’s a picture of her on Facebook holding a bedraggled otter; you know otters bite at the first opportunity (and the second and third), but finally she looks relaxed, happy and fulfilled.

You adjust your inclusivity goggles and remind yourself you are not God.

. Encourage
. Feed forward more than back
. Provide session time where students reflect on and implement feedback (This could happen at the start of the next unit)
. Make the feedback you give reflect the level of learning
. For tutoring, consider making a checklist of points to cover
. Identify what needs to be done rather than what’s wrong (every negative can be turned into a positive, while making the same point)
. Use language that’s easy to understand; avoid expressions that may not be understood by international students
. For written feedback, aim for parity of length
. For written feedback, write different feedback for each student and never copy and paste
. Feedback should concentrate on the learning.

Like Loading...
This entry was posted in Assessment, How Students Learn, Inclusivity, Learning Support, Student Centred Learning. Bookmark the permalink.